For most people there are two reasons to buy jewelry. Either you like it or you think it will become more valuable. So, whether buying jewelry as either an adornment or an investment it is necessary to establish the true value of a piece of antique jewelry.There are two components to establishing value that I will explore in this article.

The aesthetic/historical dimension includes establishing the relative rarity of the any piece from a particular era as well as the rarity of a specific piece from that era. Value is also established by noting how well respected or important a particular era is viewed by current collectors. It is also important to understand how well the designs of a particular era fit into the design thinking of current collectors.Edwardian jewelry, in the final analysis, was created over 100 years ago. Therefore, as times marches on, the rarity of the jewelry will increase as pieces are lost, destroyed, or disassembled: as the number of available pieces declines, the rarity factor increases and so will the price.

The character of an era and how that era is viewed in retrospect will impact the popularity and thus the price of jewelry from a specific time period. In order to get a sense of the people and develop some insight into the designs and materials they used to express themselves it is useful to explore the history of that era. So let’s step into the time machine and begin our voyage of discovery.

In the strictest sense, the Edwardian period of English history begins and ends with the reign of Edward the VII (1901-1910). Edward was heir to Queen Victoria, who died in 1901. Since, historical eras are rarely so precisely delineated, historians defined the Edwardian era from the 1890s to 1914: the start of the first world war. As an additional bit of information: the Art Nouveau and the Arts and Crafts movement are dated contemporaneous to the Edwardian period. These are topics for another blog.

The Edwardian style, commonly referred to as La Belle Epoch, reflected a glorification of the wealth and aristocratic lifestyle available to the upper and  middle classes made possible by the industrial age. The style was very French and continental. The rapid rise of the jewelry powerhouses Tiffany and Cartier were the outward manifestations of the Edwardian world view.

Samuel Hynes, a noted historian and author summed up the Edwardian ethos: “the Edwardian era was a leisurely time when women wore picture hats and did not vote, when the rich were not ashamed to live conspicuously, and the sun really never set on the British flag.'” 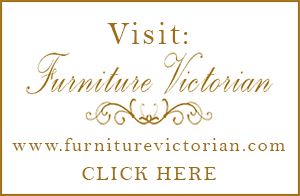